The Formula 1 season is over and so it is time for drivers and teams to take a breather and enjoy a well-deserved holiday. In GPblog's F1 Social Stint, you can read what drivers and teams are up to during their holidays.

George Russell would like to be able to relax before a race, but with Lewis Hamilton as a teammate, that doesn't quite work out yet. "At all of the races, Lewis and I - our rooms are back-to-back and Lewis quite likes to sing before jumping in the car. So I’m just there, and I can just hear Lewis over the wall singing away. I’m not too sure that’s relaxing", Russell says. Hamilton feels it could be a lot worse. For example, the Briton experienced a teammate kicking a ball around in his room.

Perez wants to compete with Verstappen: 'I can become world champion'

There are two types of driver before a race.... pic.twitter.com/2qQi6P46pu

Hulkenberg will make his first metres in 2023

Nico Hulkenberg has made his first metres in 2023, he reveals on Instagram. However, it is not in a Formula 1 car, but on a tractor with his daughter. Something a little different from his Haas car that he will be crawling into in a while.

It is Michael Schumacher's birthday and Mick reflects on the day online. He describes his father as the best dad ever and wishes him a happy birthday. The Instagram post features an old photo together with his father and one of the seven-time world champion himself.

Football icon Pelé, nicknamed Edson Arantes do Nascimento, died on 29 December 2022. Lewis Hamilton and Jean Todt are two people reflecting on the Brazilian's passing after the death. Hamilton posted several pictures of Pelé in his Instagram story and Todt shared a message on Twitter. 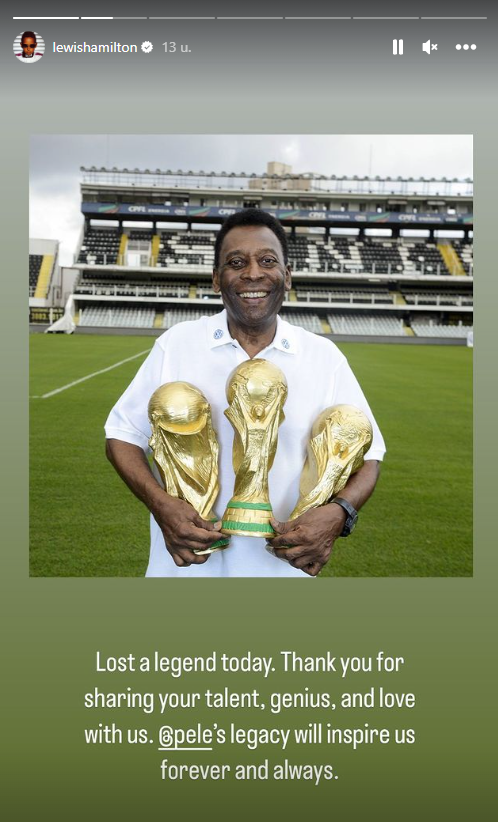 Formula 1 commentator, David Croft, has revealed on Instagram that he has proposed to his wife. Logically, the two are all smiles with this joyous news just before the end of the year.

Hamilton spent Christmas on a skiing holiday with his family. On Instagram, the Brit shared photos in the snow: "Hope everyones holidays have been happy." In the video, Hamilton can be seen giving ski lessons to his nephew and niece.

Albon and Russell go on date together

Alexander Albon and George Russell had a lovely night out on Monday. On the two's social channels, the can be seen enjoying a night out together (most likely with their partners). Accordingly, Russell's caption reads: 'Date Night.'

France has lost the World Cup final against Argentina on Sunday. After extension, the match was decided by penalties, with France missing twice. On social media, Frenchman Ocon reacts to his team's defeat. "A big thank you to Les Bleus for letting us dream during this World Cup. Our players never gave up and believed until the end. We are very proud of you", reads Ocon's tweet.

Max Verstappen was seen wearing a remarkable outfit during the Red Bull party. Red Bull Racing held a big party in Milton Keynes to mark the constructors' and drivers' world titles. However, Verstappen showed up at the party in a special yellow suit, making for funny comparisons online.

Charles Leclerc has announced in a story on Instagram that he and Charlotte Sine have broken up. The two are parting as friends, according to Charles. Like Leclerc, Charlotte is from Monaco and studies architecture. The two had been together for about three years. 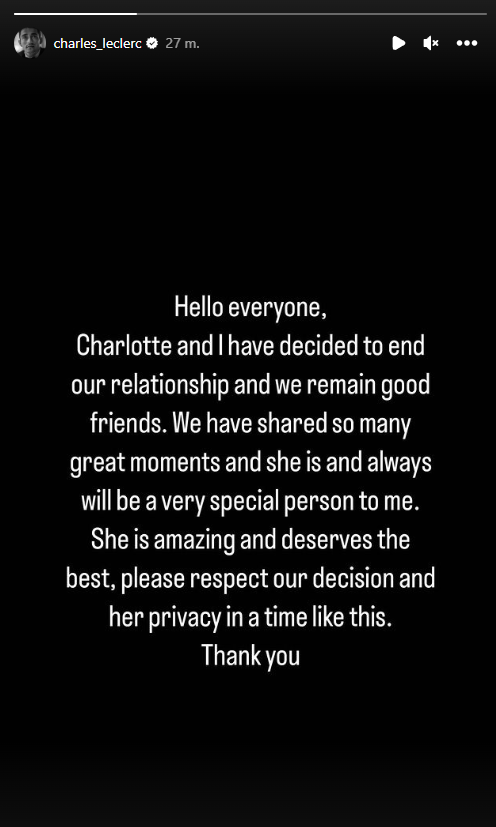 Love between Norris and Sainz still not gone

Carlos Sainz may have left for Ferrari, but the love between the Spaniard and Lando Norris is still there. On Instagram, Sainz posted a picture of the two in suits, with the caption: CarLando: wedding edition. It leads to much rejoicing among the duo's fans in the comments.

It has been a year since Sir Frank Williams passed away, and despite the family no longer being involved with the Formula 1 team, his name still appears above the company's facade. On Twitter, the F1 team therefore posted a message in tribute to the team's founder, who died last year.

Remembering our founder, Sir Frank Williams, one year on from his passing #WeAreWilliams pic.twitter.com/YgfO2hkIPl

'Brawn is on Ferrari's shortlist as new team boss'