Max Verstappen was an unstoppable force all weekend in Canada, despite pressure from Carlos Sainz in the closing stages of the race. However, a race win is no guarantee of a win in Formula1.com's Power Rankings. Who comes out on top over the whole weekend?

The championship leader is also unapproachable in the Power Rankings. Verstappen was awarded a 9.6 by the jury, giving him a total score of 8.9. This means that after nine races, the Dutchman also leads this championship.

Second, on the list is Lewis Hamilton. The Mercedes driver received an 8.6 for his podium finish, which he did not see coming on Friday. Slightly behind him, we find Carlos Sainz, who is awarded an 8.4 for his equally strong race weekend. 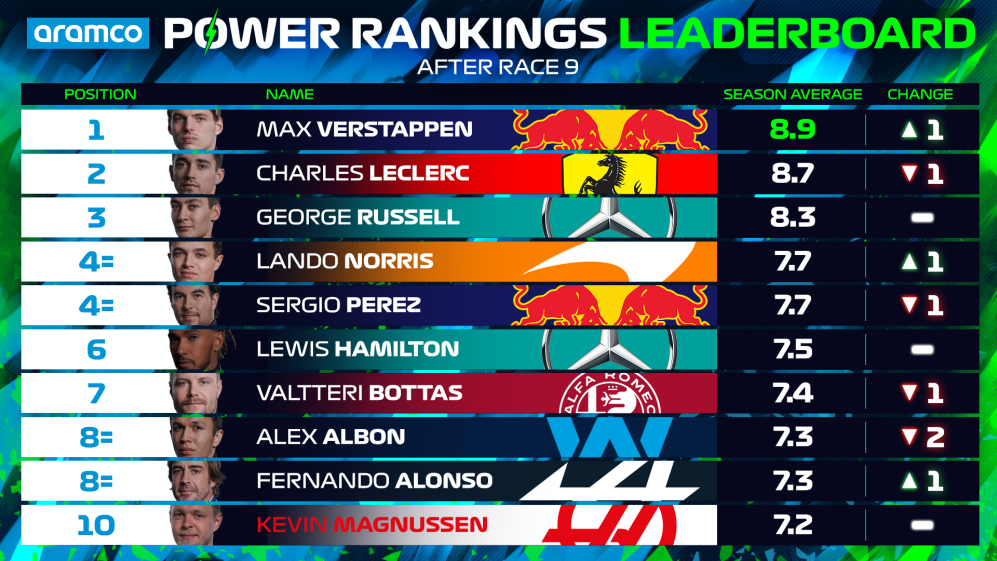 Perez enjoys Verstappen: 'One of the best in the history of F1'