Max Verstappen was given an extra penalty of ten seconds for braking unnecessarily to let Lewis Hamilton get ahead, but was this really the case? The telemetry reveals all.

Verstappen has to accept

Verstappen was told by his team on lap 37 that he had to let Hamilton go. The Dutchman had defended a little too hard in the first corner, shooting straight on. Where Max got away with it in Brazil, the stewards now wanted Verstappen to give the spot back to Hamilton or the incident would be investigated.

Remarkable statement by Verstappen: 'It's impossible'

Verstappen complained afterwards that this had to happen, but in the race, he obeyed the message. However, he was instructed by his team to do this strategically. Verstappen chose to do this on the start/finish straight. Verstappen wanted to let Hamilton pass him before the DRS detection point, so he would be able to attack again in Turn 1.

Stewards seem to contradict themselves in their verdict for Verstappen

It would not come to that though, as Hamilton did not pass the Dutchman. The stewards pointed out Verstappen as the guilty party. In the data made available on the Twitter channel of Formula 1 journalist Giuliano Duchessa, you can see that there is movement in both drivers lines. 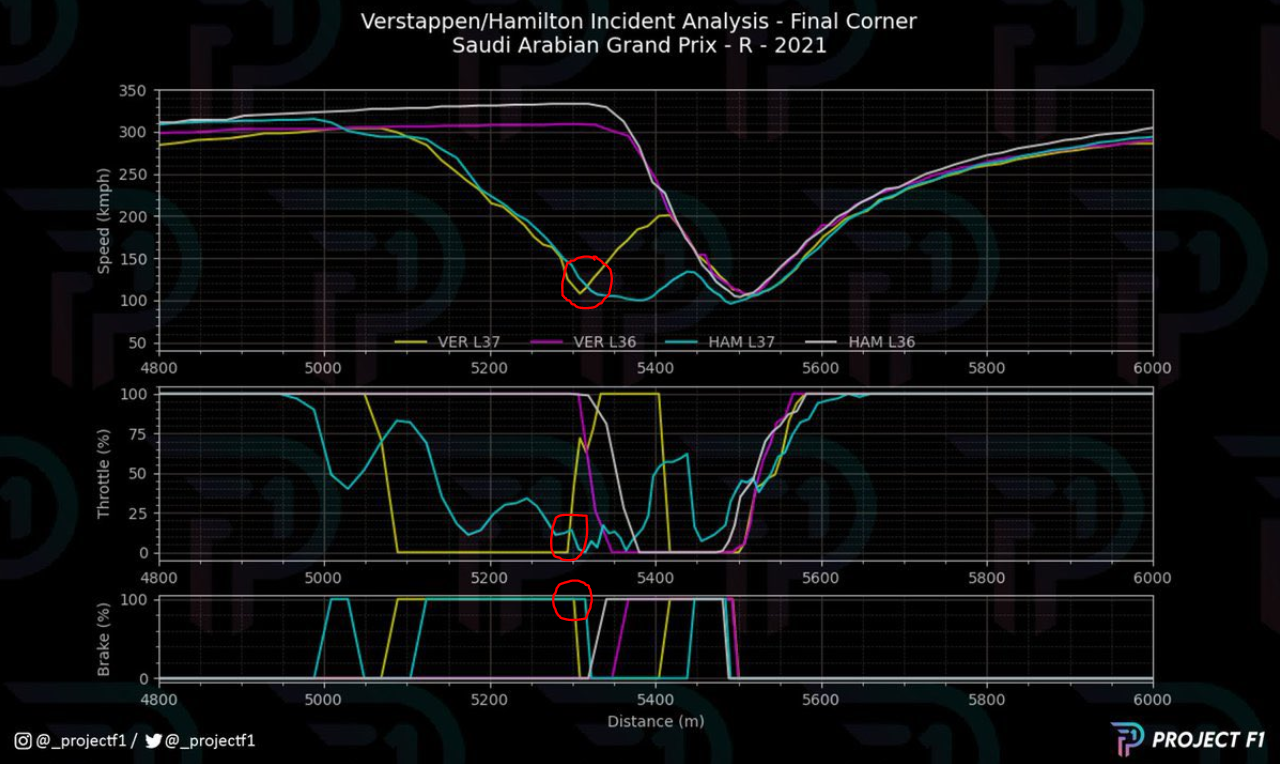 The choice of Hamilton

Hamilton was in doubt. Whether he deliberately did not want to overtake for the DRS detection point or whether he was really unaware that Verstappen would let him pass, we will probably never know. The Brit is also on his brakes at the incident, but on the 'throttle' graph he has a slight bit of acceleration before the impact. This could've been his attempt to get around the Dutchman.

The moments of Mercedes that the stewards did not investigate