Lewis Hamilton came on level terms with Michael Schumacher after the Eifel GP. Both the German and the British now have 91 F1 victories behind their names. Hamilton is likely to break the record in his career. Mercedes engineer Andrew Shovlin calls Hamilton the hardest working driver he has ever seen.

Hamilton is better every year

The six-time world champion has not come to blows if we are to believe the Shovlin Mercedes header. The Briton saw his compatriot join the team in 2013 and has seen him grow every year since then. He talks in the F1 Nation podcast:

"It's just the whole way he lives his life and how he deals with life as an f1 driver. Every year after Abu Dhabi he returns to the track as an improved version of himself. His current level is just seriously impressive".

Hamilton: "Have a lot of respect for them. Also for those who talk badly of me'

Hamilton gets praised: 'It's not a question of having the fastest car'

Hamilton and Schumacher are a little bit like each other

Hamilton is well on his way to his seventh title in F1. If the Britishman succeeds, he will also be on a par with Schumacher in terms of world titles. Shovlin continues his story: "He is one of the hardest working drivers we have ever seen. The better he understands the car, the better he can match it to his driving style".

"Lewis continues to find things in the car and continues to improve. Hamilton and Schumacher don't differ much in that respect. They can't differ more in character, but if you look at how they drive, they certainly match".

Hamilton can't match Schumacher: 'That's why he stands out from the crowd'

Check out the Story of the CRAZIEST F1 Season in History HERE! 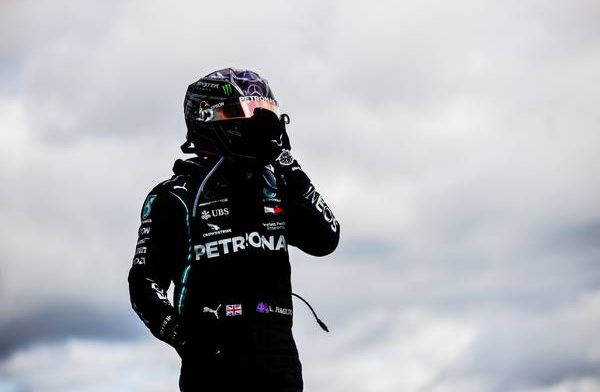