Lewis Hamilton can breathe a sigh of relief. The Mercedes driver had to account for two separate incidents to the stewards, but was not penalised for either. He did get a reprimand and Mercedes picked up a fine for the incident with Nikita Mazepin.

Hamilton gets away with reprimand

Earlier, the stewards decided not to penalise the Briton for allegedly ignoring a double yellow flag. The driver would not have been able to see these, so he cannot be blamed for this.

Also the incident with Nikita Mazepin is hardly blamed by the stewards. Mazepin almost collided with Hamilton, who was driving slowly on the racing line. This happened in a blind corner, so both drivers only saw each other at the last moment. Mazepin made the right decision in a split second and swerved just in time.

Because the warning about Mazepin's approaching Haas only reached Hamilton at the last moment, the stewards feel little blame can be laid at his feet, 'although it is the driver's ultimate responsibility to avoid hindering anyone', the document states. 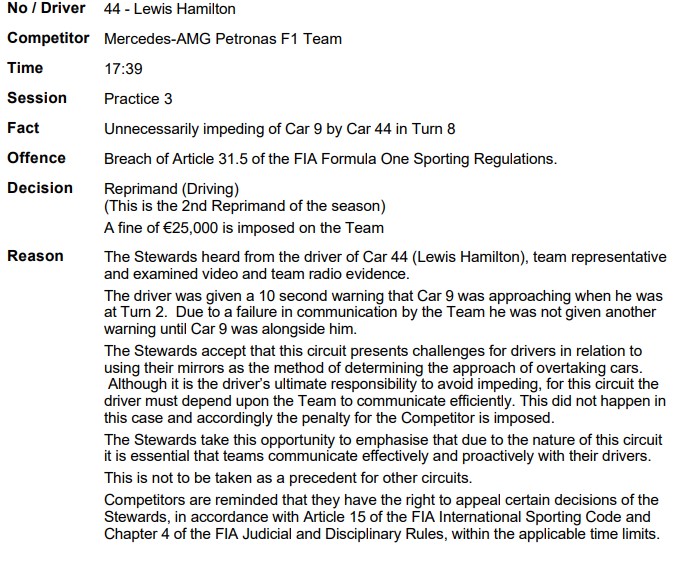 Official: No penalty for Hamilton after issue with yellow flags