Lewis Hamilton and Mercedes had to report to the stewards Saturday. The seven-time world champion will be in action this weekend with a nose piercing, a rule that race officials have strictly enforced again since this season. Mercedes had failed to report to the FIA that Hamilton would be driving with a nose piercing and had to come for an interview. The stewards have since ruled.

Hamilton will not receive a penalty. In a statement, the stewards wrote: "Lewis stated that he had been advised by his doctors not to remove the piercing for the time being. In response to a request from the stewards, the team submitted reports from a doctor confirming Hamilton's statement."

Mercedes received a €25,000 fine. The stewards blame the German racing stable for not indicating on the scrutineering form that Hamilton was wearing a nose piercing this weekend. 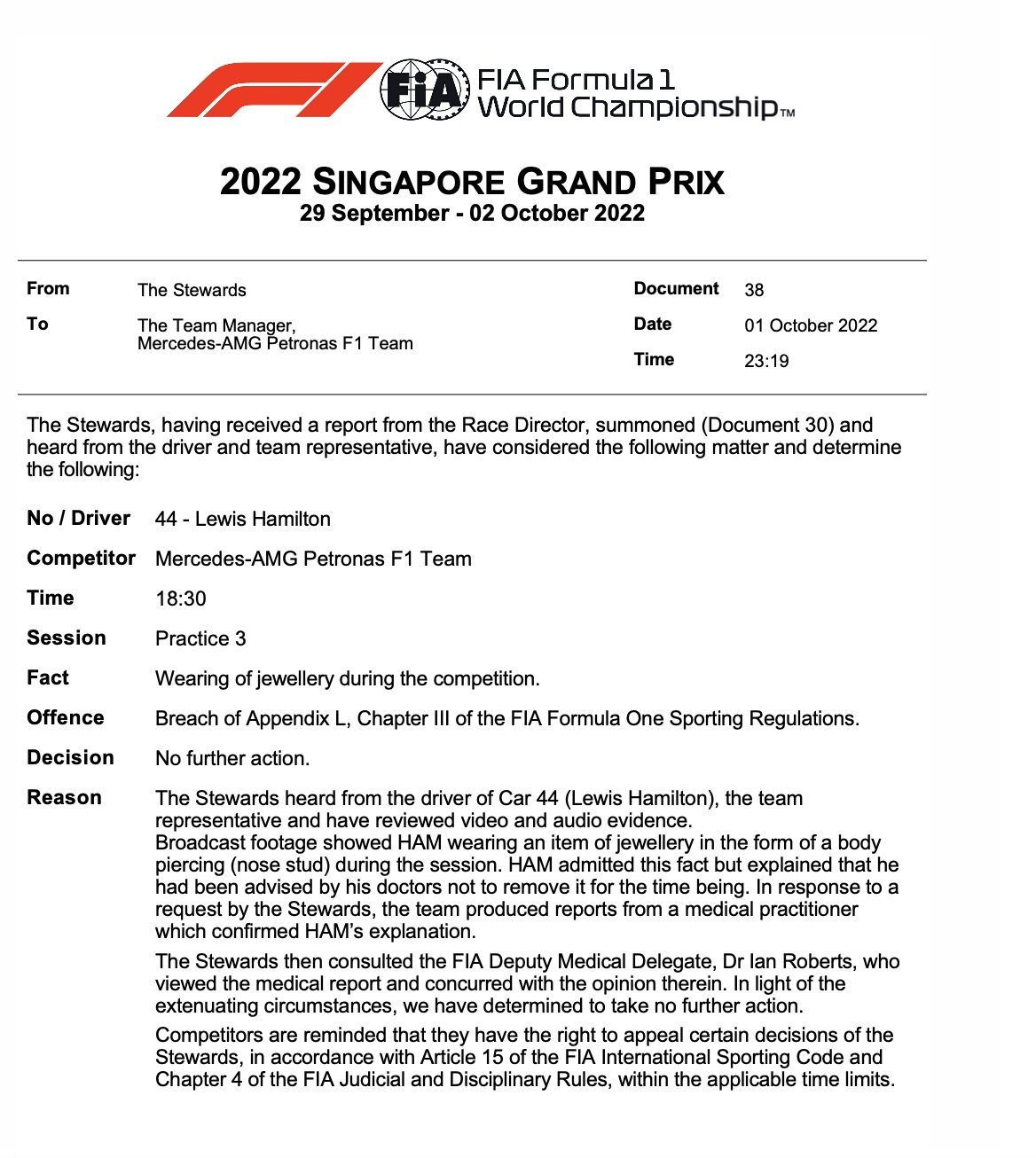